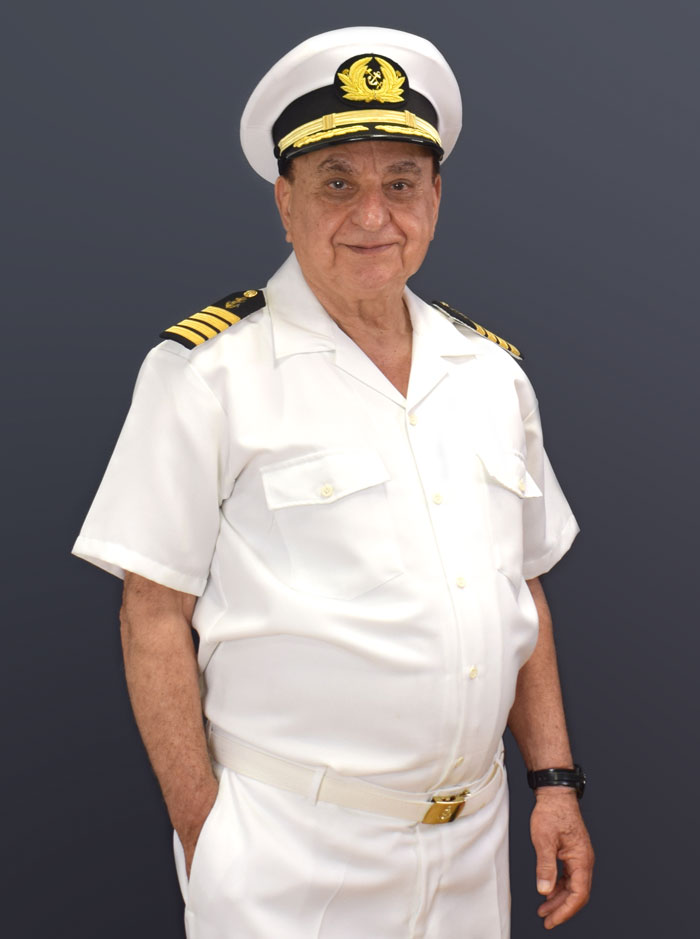 Captain Andreas Michael has a unique understanding of the global maritime environment rooted in hands-on experience and decades of interaction with various cultures and customs all over the world. He has all the skills and abilities for providing high quality and cost-efficient maritime consulting to clients backed by over 50+ years of experience, both sea and shore based.

Captain Andreas Michael, holder of certificate of competency of Master Mariner Class A, has a long professional experience from which 19 years ocean sailing as a Master on various types of vessels i.e. Crude Oil Tankers, Bulk Carriers, Cargo and Container vessels and shipping shore experience in offices in Japan, Singapore, Hong Kong, Bangkok and Sri Lanka, handling operations for 12 ships.

He is the Owner and Managing Director of A.M. KYPROSUN MARINE SERVICES LTD, a company founded in 1998 for the provision of maritime management services for all types of vessels, including Reefers, Bulk Carriers, Container, General Cargo, Roro, Oil Tankers and Passenger ships.  A.M. KYPROSUN MARINE SERVICES LTD carried out Condition and Valuation Surveys for all types of ships, Cargo damage surveys, P&I Surveys, Condition and Valuation surveys for ships on behalf of sellers/buyers, on behalf of Marine lawyers, Banks and Insurance Companies.

The Company is one of the few that is using Surveyors that are ex professional masters and Chief Engineers with sea and shore experience in Cyprus and carried out serious marine Accident Investigations for all types of ships.

Detail Practical and documentation knowledge onboard all types of ships requirements, operations, maintenance, Officers & Crew training and preparations of manuals for each.

1997-1998 Private Russian Company as a Director of Operations.

1960-1979 Cadet to Ship's Master sailing on board various ships in all Ranks (3rd Officer to Chief Officer) in Mediterranean, West Europe, East Coast Mexico, USA & Canada, far East to North & South America. Sailing as Ship's Senior Master for 17 years in Asia, Africa and the Americas on Cargo and Container vessels and Bulk Carriers.